Achilles tendonitis Which ointments are helpful? 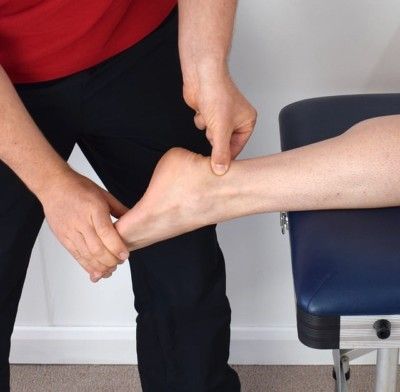 Achilles tendonitis can occur primarily in recreational athletes, athletes and older people. Inflammation is characterized by burning pain and stiffness 2-6 cm above the heel bone.

This type of inflammation is a so-called „sterile inflammation“ because it is not caused by bacteria or viruses, but by overloads.

Ointments to help with Achilles tendonitis

For the treatment of an Achilles tendon inflammation – in addition to various therapies – also like to use ointments.

However, there is no special ointment for Achilles tendonitis, as the actual effect is highly controversial.

However, ointments can alleviate the discomfort due to their different modes of action. For example, ointments made on an alcoholic basis can have an analgesic effect due to their evaporative cooling effect.

Another pain-relieving effect can be obtained by massaging ointments, as the Achilles tendon area becomes supple and metabolism is stimulated.

Chemically produced ointments contain, among other things, anti-inflammatory substances. These include diclofenac or ibuprofen. Ointments containing cortisone are not recommended, as their effect is limited exclusively to the skin.

Of course, there are also ointments without chemical additives that can relieve Achilles tendonitis. These include mountain pine, horse balm, tea tree oil and arnica.

Which type of ointment – whether cooling or warming, natural or with anti-inflammatory, chemical substances is suitable for one, everyone must find out for themselves.

What ointments are suitable for Achilles tendonitis?

The Doc Arnica ointment is a herbal medicine that is suitable for acute cases as well as for follow-up treatment. The herbal ingredients of arnica can have an anti-inflammatory, decongestant and analgesic effect.

Doc Arnica ointment is available without prescription in pharmacies and is suitable for anyone who wants to avoid chemical substances. After opening, the ointment can be kept for up to three months.

The Voltaren pain gel – or Voltadol cream – convinces with the 3-fold effect: the cooling effect can stop the pain, inflammations can be fought by the ingredients – which belong to the non-steroidal anti-inflammatory drugs – and the healing is promoted.

Furthermore, the Voltaren pain gel offers the advantage that it is quickly absorbed by the skin and can act specifically on the inflamed tissue.

Diclofenac is a fast-acting painkiller that is mainly used for inflammations. Diclofenac can inhibit the formation of the tissue hormone prostaglandin, which is involved in the development of pain and inflammation.

Diclofenac penetrates the inflamed tissue at the affected site and can immediately exert its effect, which lasts up to six hours. Diclofenac is available in various topical dosage forms such as gel, ointment and spray. However, it can also be obtained as tablets, suppositories and injectable solution.

The micro-dissolved ibuprofen contained in the gel can quickly and directly penetrate the inflammation, which can bring immediate pain relief.

Another advantage is that by applying the gel, the active ingredient can reach the affected tissue without detours and the dissolved ibuprofen accumulates only there and not in the blood, so the organism is almost not burdened.

The long-lasting effect of the gel is favored by the fact that ibuprofen can be well stored by the subcutaneous fatty tissue.

The use of an Achilles tendonitis ointment is appropriate in any case. However, medical advice should be sought if the symptoms do not improve or even worsen after 3-4 days.